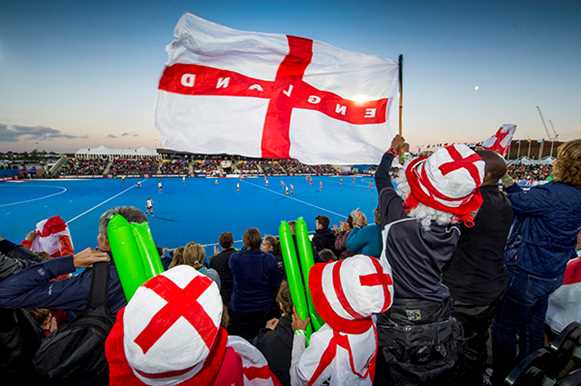 England’s men’s hockey team have announced the 18-man squad that will contest the Hero Hockey World League Semi-Final and battle for World Cup qualification starting in London on 15 June.

Head coach Bobby Crutchley has named an experienced side with no fewer than eight members of the squad having made over 100 international appearances. Only three players will be making their first appearances at a senior major international event.

The hosts face world number one side Argentina in Pool B on Sunday 18 June and tickets are selling fast for the weekend while China, Malaysia and Korea make up the group. Supporters can secure their seats at Lee Valley Hockey and Tennis Centre here!

The World League Semi Final provides the opportunity of a dual prize with places at the prestigious end-of-year Hockey World League, plus the chance to gain automatic qualification for the 2018 World Cup and all up for grabs.

A new captaincy trio of George Pinner, Ian Sloan and Phil Roper will lead the side following their appointment while former skipper Barry Middleton will add to his 379 international appearances during the tournament at Queen Elizabeth Olympic Park. Meanwhile Adam Dixon and Harry Martin return to the squad for the first time in this cycle after competing in the Netherlands for HC Rotterdam while Tom Carson misses out through injury.

The group go into the campaign full of confidence with twelve of the players included having won the Azlan Shah Cup with Great Britain in early May, defeating world number two side Australia in a thrilling final.