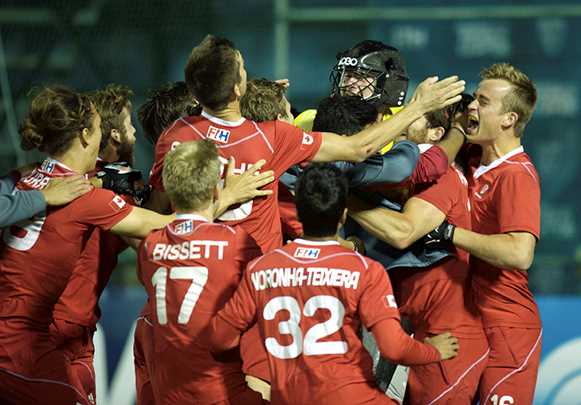 Eighteen men have been named to the Canadian men’s field hockey team that will compete at the International Hockey Federation’s World League Semi-Final in London, England from June 15-26, 2017.

The Canadian team features 17 players who competed in World League Round 2 in Trinidad and Tobago, where Canada finished second this April.

The eighteenth player on the World League Semi-Final team is Floris van Son, who was injured during World League Round 2, and has been playing his club hockey in the Netherlands.

The last time Canada competed at the World League Semi-Final was in 2015 in Buenos Aires, Argentina, where the Canadians all but guaranteed their spot at the 2016 Olympic Games by finishing fourth on the shoulders of a memorable shootout victory in the tournament quarterfinal against New Zealand.

Thirteen of the 18 players headed to London in June were took part in the historic game which featured 15 shots in the shootout. Canadian keeper David Carter was named Goalkeeper of the Tournament.

Prior to the World League Semi-Final in London, the Canadian men will travel to France to play three exhibition matches.