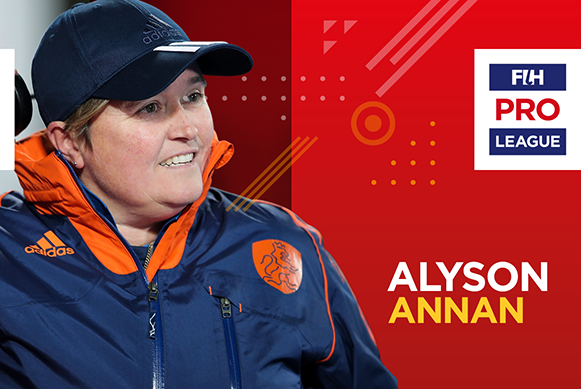 The Netherlands women finished 2018 on a high as they won the Wanglibao Hockey Champions Trophy by defeating Australia 3-1. The victory means Alyson Annan’s team extends their unbeaten run to 43 matches; extends their time at the top of the World Rankings to seven years and two months; and sets the team up nicely for the start of the inaugural FIH Pro League.

The aim for this seemingly unstoppable tour de hockey force is to add the inaugural FIH Pro League title to a long list of achievements, which included being the first and last name on the Champions Trophy.

The World Cup winners begin their FIH Pro League campaign in the southern hemisphere against New Zealand. The team plays on the 27 January at the North Harbour Hockey Stadium in Auckland, the Black Stick’s very own ‘home of hockey’. They then play Australia, Argentina, USA and China before returning to Europe for their home matches in April.

While the team in orange are relishing the prospect of a global league, they also are aware of the challenges of staying at peak performance levels while travelling the world.

As two of the stalwarts of the team explain, they are adopting special measures in order to be at their best.

“This is so new to everyone so we have to see how we manage the travelling,” says ace drag-flick specialist Caia van Maasakker. “There will be a lot of rest time because it is the best way to prepare for the matches. Aside from that, we will make sure we train and get the travel out of our system. And there will be some Netflix, I am sure.”

Eva de Goede, who was voted Best Player at the recent Champions Trophy, reveals that the Dutch are turning to technology to aid preparations: “We have some special glasses we have been trialling [in Changzhou, China, at the Hockey Champions Trophy]. They change colour depending on what you need, so if you need to go to sleep, you switch the lens to red and lighter blue to relax.”

While the players are getting ready to adjust to food, climate and variable sleep patterns, for Head Coach Alyson Annan, the challenge is to keep her team of world-beating athletes at the very top of their game. It is, as the former Australian international and double Olympian explains, a case of keeping things simple.

“The game is difficult enough without making it more complicated. We just try to keep things simple, and do the basics very well. Nothing more, nothing less. Strangely, keeping it simple is one of the hardest things to do.

“For example, we know the ball is faster than the person, so we have concentrated on getting our passing right and moving the ball quickly. And that helps create space."

Then there is the management of the players. People might view the role as head coach to the best team in the world as a dream job but, as Annan knows, creating the perfect blend from a cohort of supremely talented individuals is no easy task.

While the chasing pack might look to the Netherlands as a model for excellence, Annan is clear where her players’ inspiration comes from: “For our players it is about being the best you can be and getting the best out of yourself. We don’t look at others, we look within ourselves and our goal is to be better players but also to continue to grow to become better people. Our focus is on that and only that.”