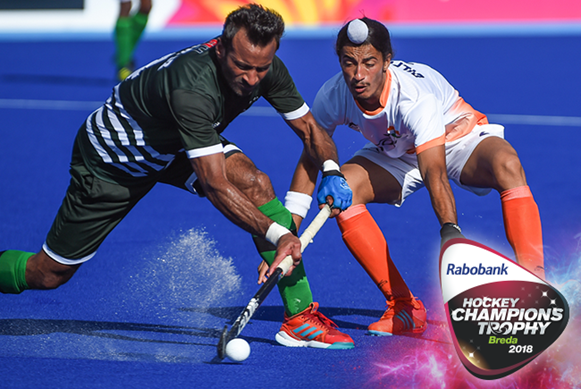 Pakistan will be looking forward to taking on the world's best in Breda Photo: Yan Huckendubler

With an eye on the Rabobank Men's Hockey Champions Trophy in Breda, Netherlands in just over three week's time, Pakistan men’s hockey team are upping the ante when it comes to fitness and readiness for the event.

As reported by Ijaz Chaudrey in the national newspaper The News on Sunday, Head Coach Roelant Oltmans has brought in Australian fitness coach Daniel Barry to improve the team’s fitness levels, sprinting capabilities and pre and post-match nutrition.

Strength, speed and aerobic capability are all areas in which the fitness coach knows he can make quite quick advances and, with the additional advantage of having the experienced and highly strategic Oltmans at the helm, the fervid hockey fans in Pakistan will be watching their team’s progress in the Netherlands with high expectations.

And it is fitting that Pakistan are competing at this 37th and final iteration of the event, as it was the Pakistan Hockey Federation and its President Air Marshall Malik Nur Khan who were the driving forces behind the competition’s foundation. It was also Air Marshall Khan who provided the trophy that is still handed to the winning captain today.

Pakistan have won the title three times, with their third victory coming in 1994 when they beat Germany in the final.

The Hockey Champions Trophy was founded in 1978 and the first event took place in Lahore, Pakistan. The host nation won, beating Australia 2-1 in the final. Two years later, in Karachi, Pakistan repeated the feat, this time beating West Germany into second place.

Pakistan have won the title three times, with their third victory coming in 1994. On this occasion, they beat Germany in the final. The match itself was tied at 2-2, but a nerve-wracking penalty shoot-out saw Pakistan emerge as 7-6 winners. Among the Pakistan scorers on that day was the Pakistan hockey legend Shabaz Ahmed, known in his homeland as the Maradona of hockey.

Since those heady days of Champions Trophy success, Pakistan has struggled to assert itself on the world hockey stage. That said, the Green Shirts have participated in all bar five editions of the event and, over the course of those 31 appearances, the team has won seven silver medals and seven bronze medals to add to the three gold medals. These statistics make Pakistan the fourth most successful team to have competed in the Champions Trophy, behind Australia, Germany and the Netherlands.

But, as the Hockey Champions Trophy approaches its final outing, hockey supporters from Pakistan would love to see their team round off the trophy’s history with a timely win. A good performance would also set the tone for the team’s performances at their next two big challenges, the Asian Games (qualifiers for the 2020 Tokyo Olympics) and the Odisha Hockey Men’s World Cup, Bhubaneswar 2018.

Pakistan open their account at this year’s Rabobank Hockey Champions Trophy with a highly anticipated encounter with Asia rivals India. The last time the two teams met, in the opening match of the 2018 Gold Coast Commonwealth Games, the fiercely contested match ended in a 2-2 draw.

With both teams seeking a return to the glory days and with the years of hockey rivalry between India and Pakistan providing a rich history all of its own, expect this final edition of the Hockey Champions Trophy to get off to a blisteringly entertaining start. Hockey doesn’t get much more exciting than this.

For all the news and the full playing schedule of the Rabobank Hockey Champions Trophy, Breda, click here.