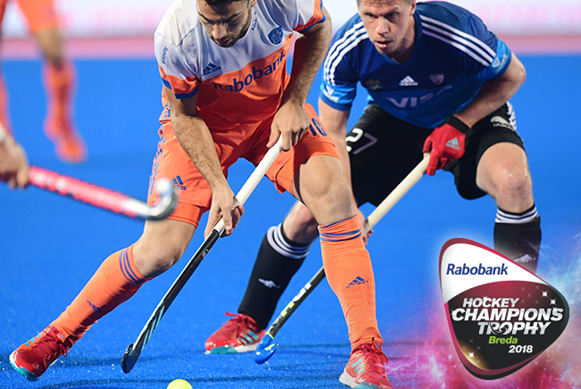 10 good reasons to tune in!

There are just under three weeks to go before some of the world’s best hockey players take to the pitch for the 37th Rabobank Men's Hockey Champions Trophy in Breda, Netherlands.

Here are 10 reasons why hockey fans everywhere are getting excited about this showcase event. 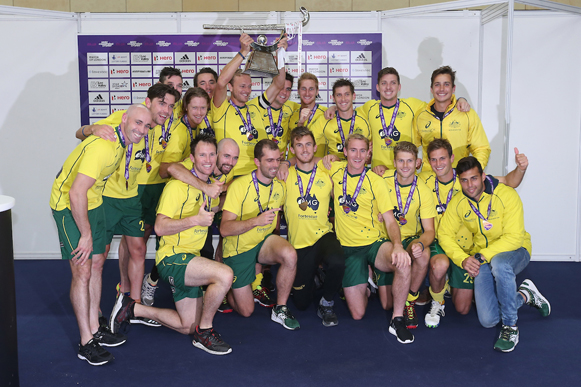 The world’s number one side Australia will be seeking their 15th victory at this event, and their seventh win in he last eight events. Following a strong performance at the Commonwealth Games in Gold Coast, the Australians are the team to beat at the moment, although the retirement of captain Mark Knowles leaves a gap in the leadership team which will be hard to fill.

The Hockey World Cup in The Hague was epic! Photo: FIH/WSP

Look back to the Hague 2014. The packed stadium, the buzzing Hockey Village, the side shows, the atmosphere – the Netherlands do hockey events with style and panache. The multi-cultural population and knowledgeable hockey fans means every nation has a home crowd cheering it on. 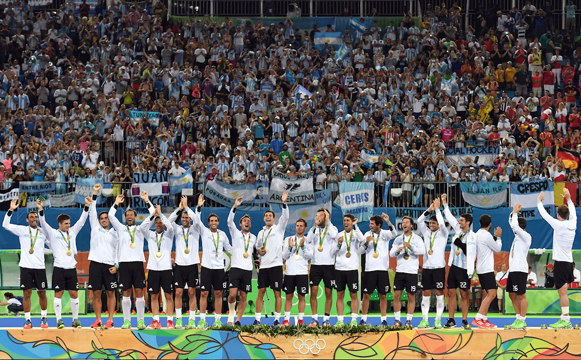 Olympic champions Argentina will be looking to add to their medal collection Photo: FIH/Getty

Australia, Argentina, Belgium, India, Pakistan and Netherlands – six of the best teams in the world, playing fiercely competitive hockey in the one of the last major international events before the Odisha Hockey Men’s World Cup Bhubaneswar 2018. What can get better than that? The event is a round-robin format with the finals based on placings after every team has played each other. 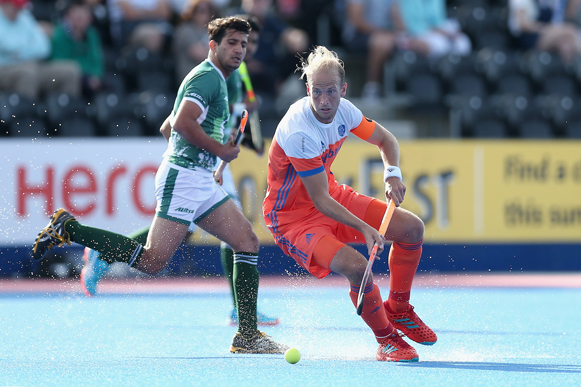 Whilst it is a team game, there are undoubtedly some players that the crowds will flock to see in action. For Australia, Jake Whetton is a live wire who will take any scoring chance offered; Argentina’s talented young attacker Maico Casella has been making waves since his senior debut while Belgium’s Tom Boon is always a popular draw with his uncanny ability to score from any angle and any time. Ali Mubashar will be deadly on the drag flick for Pakistan; while Harmanpreet Singh will be like a magician controlling the highly skilled Indian side. For the host team, any player will be cheered as a hero but the highly popular Billy Bakker will want to leave a lasting impression with the orange-clad fans. 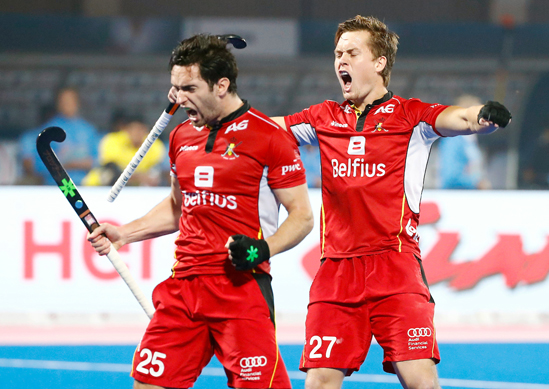 Belgium are one of the most exciting teams in the world right now Photo: FIH/WSP

For hockey lovers, the gathering of the world’s best teams is a great chance to see a variety of playing styles on display. For the Kookaburras, it is all about attack. The attack begins with the defence, who will seize any opportunity to initiate a counter-attack. Netherlands and Belgium play a similar style of structured build-up and a tactical attack, seeking out gaps in the defence; Pakistan will play a fiercely competitive running game that unnerves the opposition, while India can bring a number of strategies to the table and usually have the advantage of surprise. The unknown quantity will be Argentina. They have a change of both coaching staff and playing personnel but are always capable of producing incredible performances. 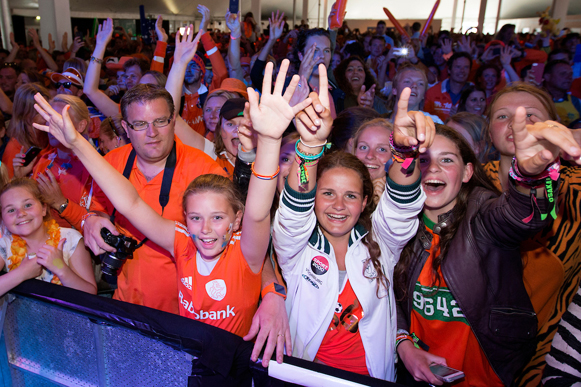 The fans in the Netherlands are hockey mad! Photo: FIH/WSP

Anyone who visited the Rabobank EuroHockey Championships in Amsterdam in August 2017 cannot have failed to be impressed by the array of hockey merchandise, activities and food and drink on offer. Stalls selling food from every nation, plus a large refreshment tent where people could gather between games made the whole experience for the spectators really enjoyable. Expect Breda to aim for bigger and better at the Champions Trophy. 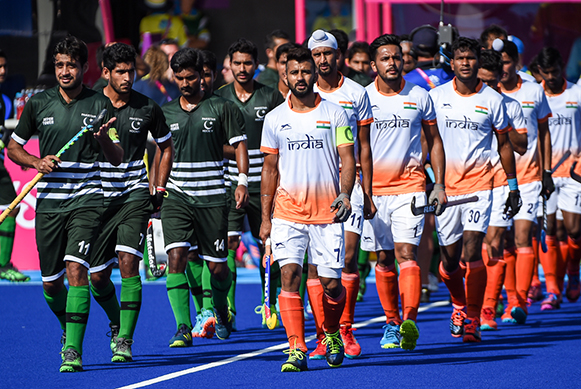 One of the world's greatest sporting rivalries will resume in Breda Photo: Yan Huckendubler

For sports fans everywhere it doesn’t get bigger than Pakistan against India. The opening match of the 2018 Rabobank Hockey Champions Trophy is an epic clash between these two Asian giants of the game. Their most recent encounter was a fiery affair at the 2018 Commonwealth Games, where it ended a draw. Whatever the result, it will never be dull. 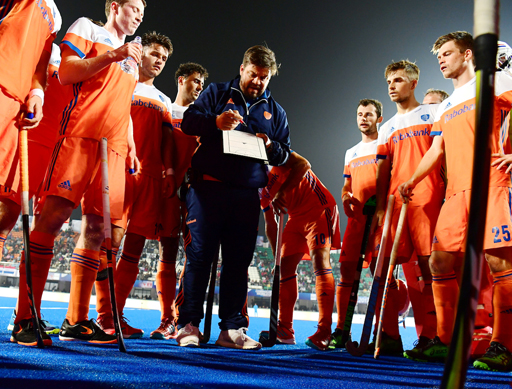 FIH Hockey Stars Coach of the Year will be aiming for gold in Breda Photo: FIH/WSP

While the players might be centre stage, the magicians who mastermind the matches are enigmatic characters in their own right. From the experienced FIH Coach of the Year, Max Caldas, to the newest appointment – Harendra Singh who has moved from India women to India men's Head Coach – aspiring hockey coaches can learn a lot from watching these talented coaches at work in a pressured environment. 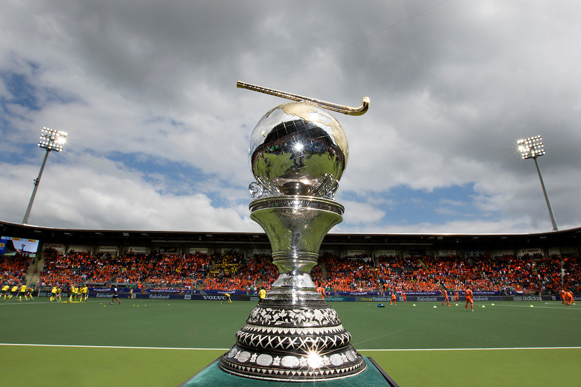 What better way to warm up for the World Cup? Photo: FIH/WSP

All the Head Coaches will be seeing this event as an important step towards the Odisha Hockey Men’s World Cup later in the year, so expect to see some unusual behaviours as the coaches try to hide some of their tactics and also trial new players or playing styles. 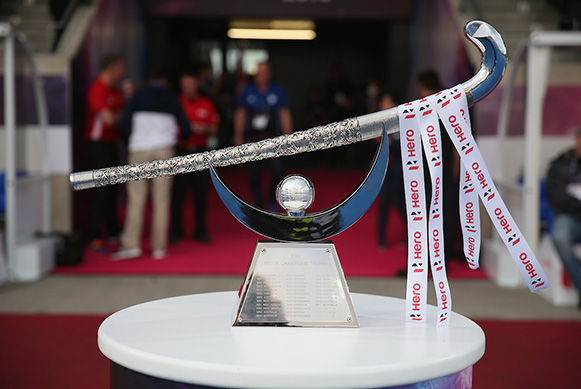 There is a poignancy to this Hockey Champions Trophy as it brings the curtain down on a men's event that has run for 37 editions across 40 years. The event has always been a great addition to the tournament schedule as it is a true match up of the best teams on the planet. As hockey moves towards its own bright, exciting future, the Hockey Champions Trophy will rightly take its place as a leading player in the sport’s history and development.